Of the current four at-risk ecosystems supported by Wild Philanthropy, the relatively inaccessible Ntakata Forest is perhaps the least known. The Financial Times’s Sophy Roberts once and memorably called a trip to Ntakata the anti-safari, so far is it off the beaten track, metaphorically and physically. 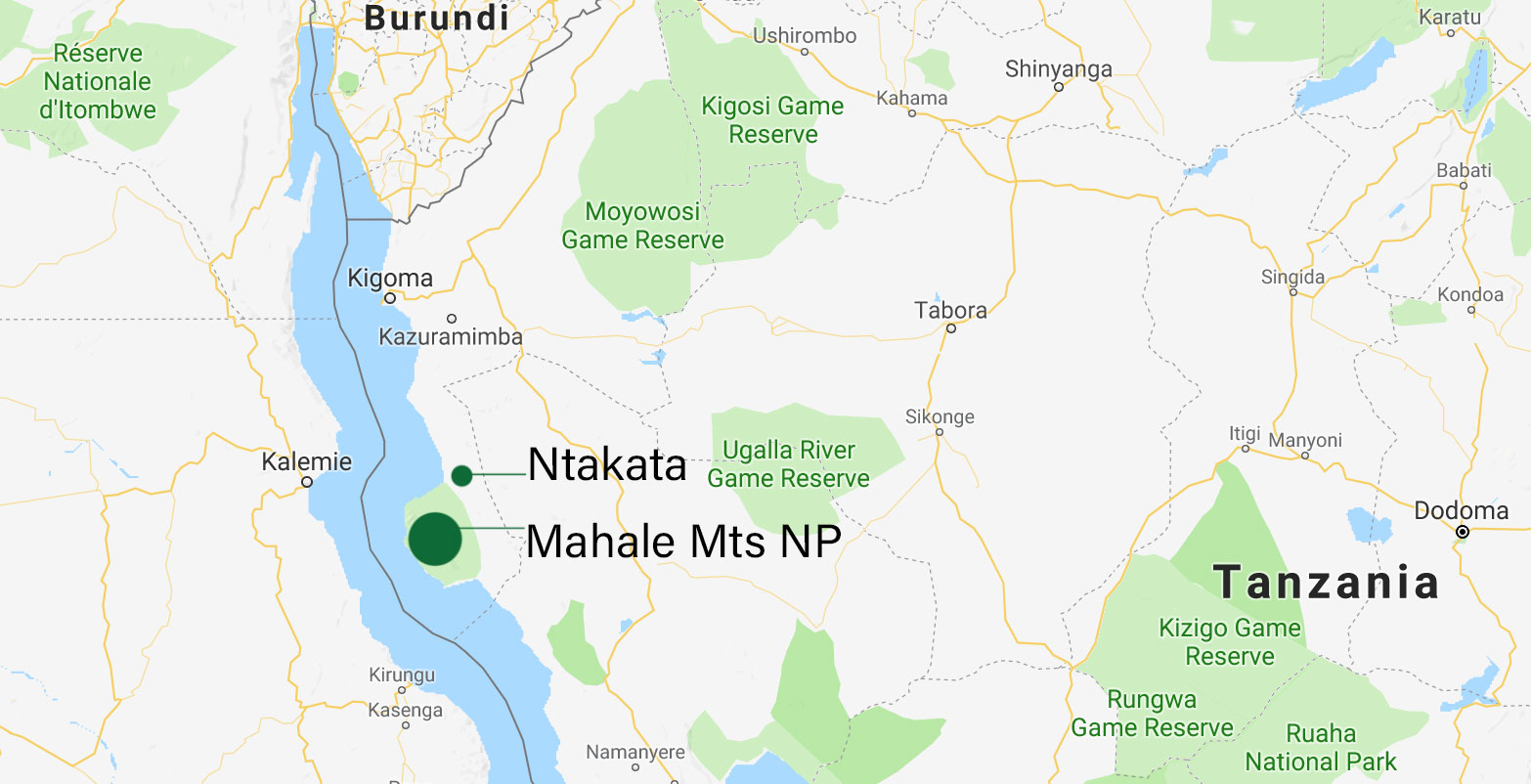 Part of the Greater Mahale Ecosystem, Ntakata has long been the home of the Tongwe – and of the Bende, closely related. The Tongwe are thought to have arrived in what is now western Tanzania in 500 BC. Pushed out of the Congo by the Bantu expansion, they settled in the Mahale Mountains, their cultural heartland until 1973, when the then President Julius Nyerere’s land-reform policies had them removed and forcibly entered into the ujamaa village system. Any hopes of repatriation were dashed when Mahale was made a national park in 1985, after which all focus switched to Ntakata, which lies 25-kilometres outside of the park. The Tongwe Trust was set up in 2002 with the express aim of helping secure Ntakata as the Tongwe’s new cultural heartland.

Today, Tongwe-land occupies 5000 square kilometres along Lake Tanganyika. At its centre sits Ntakata. Under threat from human population growth, deforestation, and government attempts to have the land deemed ‘open’, approximately 450 square kilometres of Ntakata is conserved by the Tongwe Trust, a land pieced together by a set of community leases, and one that, as a result, is home to a wonderfully rich habitat, a biodiversity that includes unhabituated chimpanzee, forest elephant, leopard, lion, buffalo, zebra, giraffe, endemic birdlife, and butterflies.

Key to Ntakata’s survival are the Tongwe themselves, for whom it is sacred. Before the 1970s, when Ujamaa-inspired relocations laid waste to their traditions and customs, the Tongwe were largely forest dwelling, lived in clans of between 5 and 30 people, and harvested the forest sustainably. Plants are still utilised for medicine. An ancestor system of beliefs continues to prohibit the eating of certain animals (including chimpanzee, considered relatives), hunting and fishing in specific areas, and the cutting down of large trees. The forest a place of gods and spirits, the Tongwe’s beliefs, its sacred sites (groves, springs, burial grounds), and its customs have long and naturally served as a forest conservation management tool. If Ntakata is vital to the preservation of the Tongwe’s traditions and customs, then those self-same customs and traditions are just vital to its preservation.

It’s this understanding that informs the Tongwe Trust’s approach, which aims to conserve the forest and support the Tongwe in a variety of ways: it provides for a set of rangers and guides; seeks to foster the symbiotic relationship between community and land; develops income generating activities, including beekeeping, tourism and a cultural centre; and aims to help implement a range of social projects, including community groups, microfinancing initiatives, a vocational training centre, and a medical centre. With a growing recognition among the Tongwe of the value of right kind of tourism, eco-tourism has the potential for spearheading the trust’s objectives.

A key figure behind exactly what kind of eco-tourism best suits Ntakata the ecosystem in general is Roland Purcell, the Tongwe Trust’s co-founder and patron. A veritable force of nature, I’ve known Purcell for much of my working life. A self-declared ape fanatic, he’s a legend in the travel industry, his various accomplishments including the setting up of Greystoke Mahale, guiding the likes of Bill Gates, REM and Robin Williams, and generally opening western Tanzania to a type of tourism designed to act as catalyst and support for its conservation. A champion of narrow-gauge conservation, which he explains as ‘patrols that can be done with bikes, not guns’, Ntakata is, for Purcell, the perfect place to ‘create a similar model for narrow-gauge tourism’, a type of tourism designed to ‘touch the forest lightly, without contaminating its heart.’

The Tongwe Trust keen to increase tourism revenue, Wild Philanthropy is ideally positioned to support Purcell’s aims. While tourists numbers remain low, Ntakata represents some of the best wild chimpanzee tracking available, and is excellently placed to play the special access (‘anti-safari’) element of a western Tanzanian itinerary that would include Greystoke Mahale and Kitavi. As well as getting the story out there (we organised and co-hosted Sophy Robert’s trip), contributing financially by way of grants, and organising trips, we’ve been able to partner with Tentsile and so help facilitate Purcell’s dream of ‘tree nests, with hammock-style tents strung up above the forest floor’ at Chimpnest Camp. It’s an honour to be involved.

To end, the Ntakata Forest and its surrounding environs is of central importance to the ecological well-being of the Greater Mahale Ecosystem and to its custodians, the Tongwe. If you would like to know more, travel to Ntakata, or donate to the Tongwe Trust’s work, please don’t hesitate to get in touch. 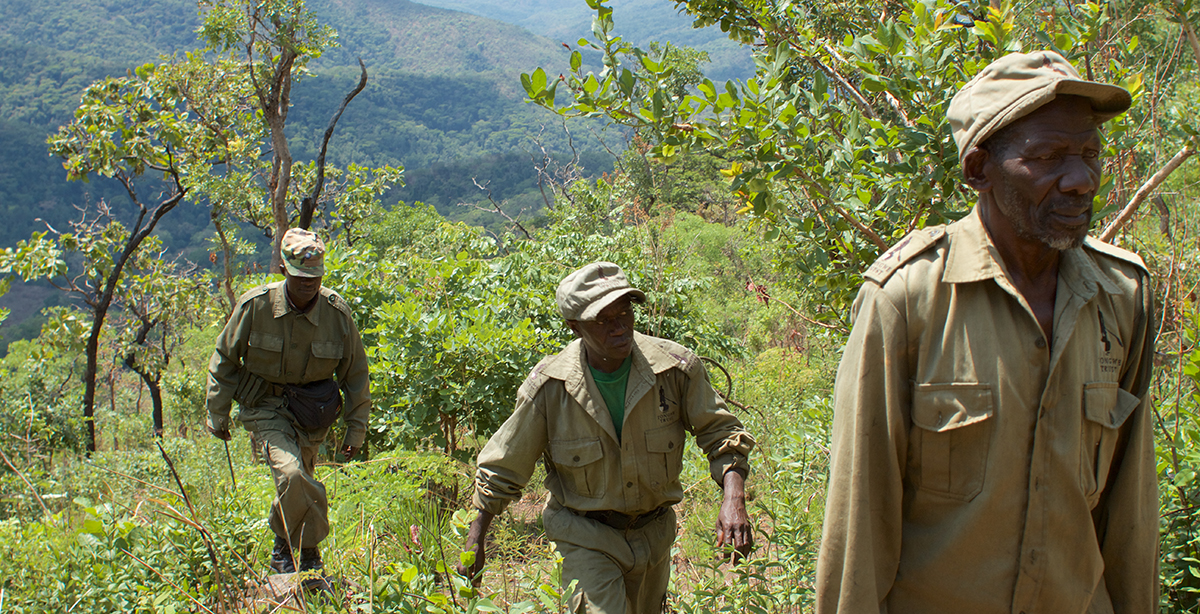