You may have heard the phrase ‘carbon credits’ being flung about. You will also know that we as humans are responsible for increasing the levels of atmospheric carbon dioxide (CO2). Carbon credits are a way that CO2 emissions can be offset.

Our forests act a natural sink for CO2. The process of photosynthesis, in which plants harness their energy, involves consuming CO2 and H2O and if I am to be allowed to skip out the complex chemical exchanges and reactions in between, then it uses this to create sugars, of which oxygen (O2) is a by-product. All of which looks like this: 6CO2 + 6H2O → C6H12O6 + 6O2 . In this way, an average sized tree, let’s say an umbrella acacia, converts about a ton of CO2 each year into energy for itself plus oxygen.

Unfortunately, since the beginning of the industrial era, nearly all the energy we use – for machines, cars, electricity etc –  produces CO2, so the delicate balance that has been in process for thousands of years has begun to tip towards more CO2. Our atmosphere is made up of roughly 78% nitrogen, 21% oxygen, 0.93% argon, 0.04% carbon dioxide. The thing is, even though it looks as though there’s not a whole lot of CO2, that which is there traps the heat that’s radiated by the sun. This so-called greenhouse effect causes a rise in temperature, the knock-on effect of which is melting ice caps, a rise in the sea level, desalienated seas, and climate change.

Aside from forests regulating our water cycle, preventing soil erosion, sustaining diverse ecosystems, supplying food and shelter, and providing the oxygen we need to breathe, cutting down forests mean there is even less means to cope with the rising CO2 levels in our atmosphere. Not only this, the final kick in the teeth is that when those trees are cut down, this releases CO2 into the atmosphere  – since each tree stores CO2. In this way, deforestation accounts for 11% of greenhouse gas emissions globally, which is more than that of the transportation sector and second only to the energy sector.

Of course, no forest is just its trees. Deforestation is also the destruction of complex ecosystems and the displacement of the communities and animals that rely on them. The knock-on effects of economic growth and the associated exponential rise in population adds to the pace and breadth of deforestation. Higher demand for space brings about about land encroachment, which itself results in deforestation and forest degradation. Encroachment can take the form of anything from replacement with grazing livestock, to vast tracts being demolished for housing developments.

It’s not all doom and gloom though. This week I wanted to highlight a company that’s tackling deforestation and supporting communities indigenous to the ecosystems it supports. Carbon Tanzania uses carbon credits as a means of incentivising the conservation of forests that would otherwise be destroyed. Using money raised from individuals, companies and organisations wishing to offset their own carbon footprint, it offers local communities compensation – at a higher rate – for laying aside land that would otherwise be cleared for agricultural purposes. Once bought, this area of the forest cannot be cut down or bought again – it is protected.

This is hugely beneficial for indigenous communities, who despite it being their ancestral homeland for many millennia, may have never had official ownership of the land on which they live. Carbon Tanzania helps communities such as the Hadza to secure lease titles from the government with the money that comes from carbon offsetting. Aside from giving legal tenure and more rights within their land, it gives the community a sense of ownership and therefore further incentivises forest conservation.

In this way, in the last year, Carbon Tanzania has protected 34,073 hectares of dryland forest, which incorporates over two million trees, and kept 18,700 further in the ground, preventing about 105,000 tonnes of CO2 from entering the atmosphere, the same as taking 8,400 cars off the road for a year. They have also secured 150,000 hectares of dryland forest in a new agreement with the Makame community to buy in carbon credits. Through the work that they do, Carbon Tanzania has made US$ 150,000 available to forest communities, paid for the salaries of 44 community scouts, send 23 pupils to secondary school, educated 150 students about the benefits of forest conservation, trained three communities on climate change and forestry, and provided healthcare for 1,300 community members.

It’s huge feat for such a small organisation. And they do a whole lot more than this, much of which would be impossible to fit into this short blog. I highly recommend, therefore, that you visit their website, where you can, if you’d like, offset your own carbon emissions for the year. If you do – and I hope you will – decide to purchase carbon credit, it’s worth knowing that the average consumption per capita of western nations is between 10 and 20 metric tonnes per year, which will cost US$ 120 – 240 in credits. Meanwhile, if you’d like any other information as to how you can help, then please get in touch with Paul Herbertson. 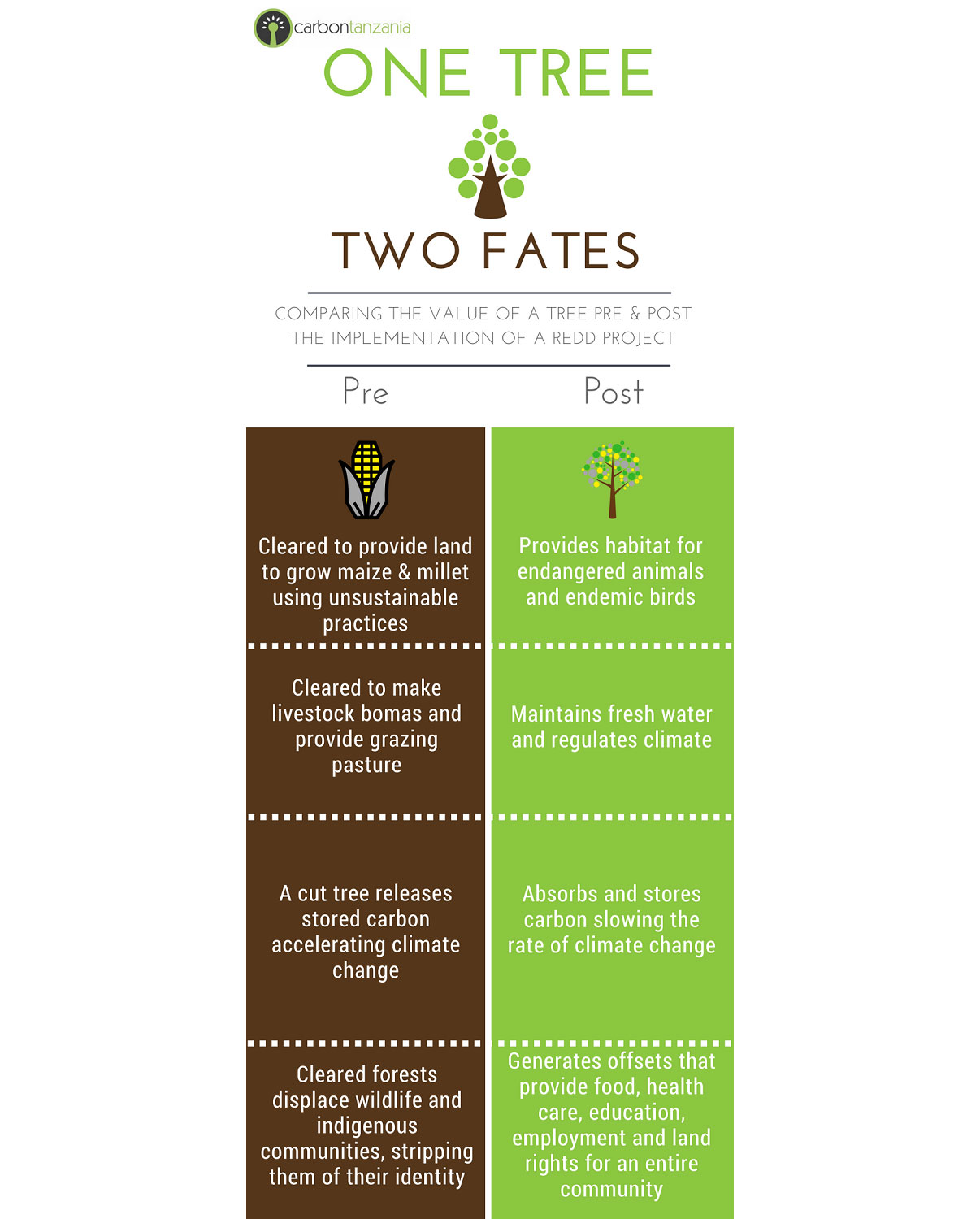