Those of you familiar with our work will know that the wonderful Enonkishu Conservancy one of the at-risk ecosystems supported by Wild Philanthropy. The below report comes from the conservancy’s manager Rebekah Karimi, who was kind enough to update us last year on the impact of contributions via the African Tourism Crisis Fund. You’ll remember her talking about the affect of both Covid and the rains. We’re super grateful for the below, which follows up on that previous post.

In 2009, Enonkishu Conservancy began protecting nearly 4000 acres on the northern edge of the Mara Serengeti ecosystem. To facilitate the conservation initiative, ranger outposts were established strategically along the edges of the conservancy. Bingham camp was erected near the Mara River which serves as Enonkishu’s western boundary with Ol Chorro Conservancy and across the river, a growing population of small hold farmers. With much effort from the rangers’ boots on the ground and a robust livestock management policy, wildlife began to return to the conservancy.

Throughout 2020, Enonkishu along with the majority of Kenya experienced extraordinary rainfall. Come February 2020, the conservancy began considering moving the Bingham ranger outpost, as the buffalo in the forest along the Mara River were becoming an everyday occurrence and more importantly a threat to the rangers’ safety. Moreover, the buffalo had developed wallows in the mud along the river which grew over time and filled with water, attracting hippopotamus. 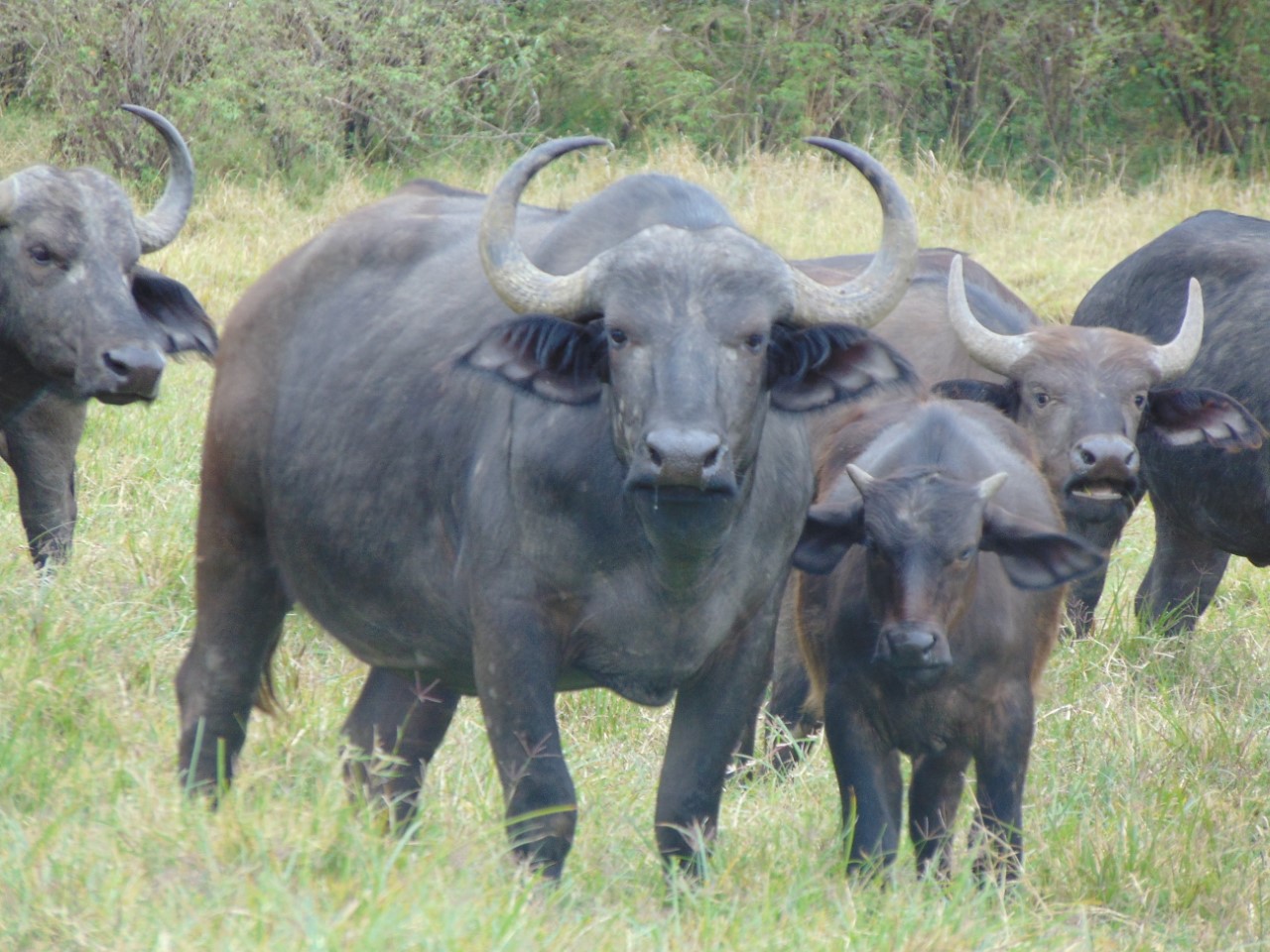 When the rains continued and in April 2020, the Mara River flooded, Enonkishu was left with no other option than relocating and rebuilding the ranger outpost. By this time, tourism worldwide had come to a grinding halt due to the Covid-19 pandemic and Enonkishu was left with no tourism revenue to fund the relocation of the camp. While in some ways the necessity of moving the outpost was a sign of success in rehabilitating wildlife habitat, it was also a major challenge as the rangers needed a camp to be the present boots on the ground.

Thankfully, through the generosity of Wild Philanthropy and its supporters, Enonkishu was a recipient of an emergency relief grant. The Bingham rangers occupied a tent while a new camp was constructed within the fence of Naretoi, about 500 meters from the river’s edge and away from prime wildlife habitat. The new camp consists of two large bedrooms, a kitchen, storeroom, pit latrine, bathing room, and the biggest upgrade of all, a water tank to catch rainfall and provide adequate water for the camp. 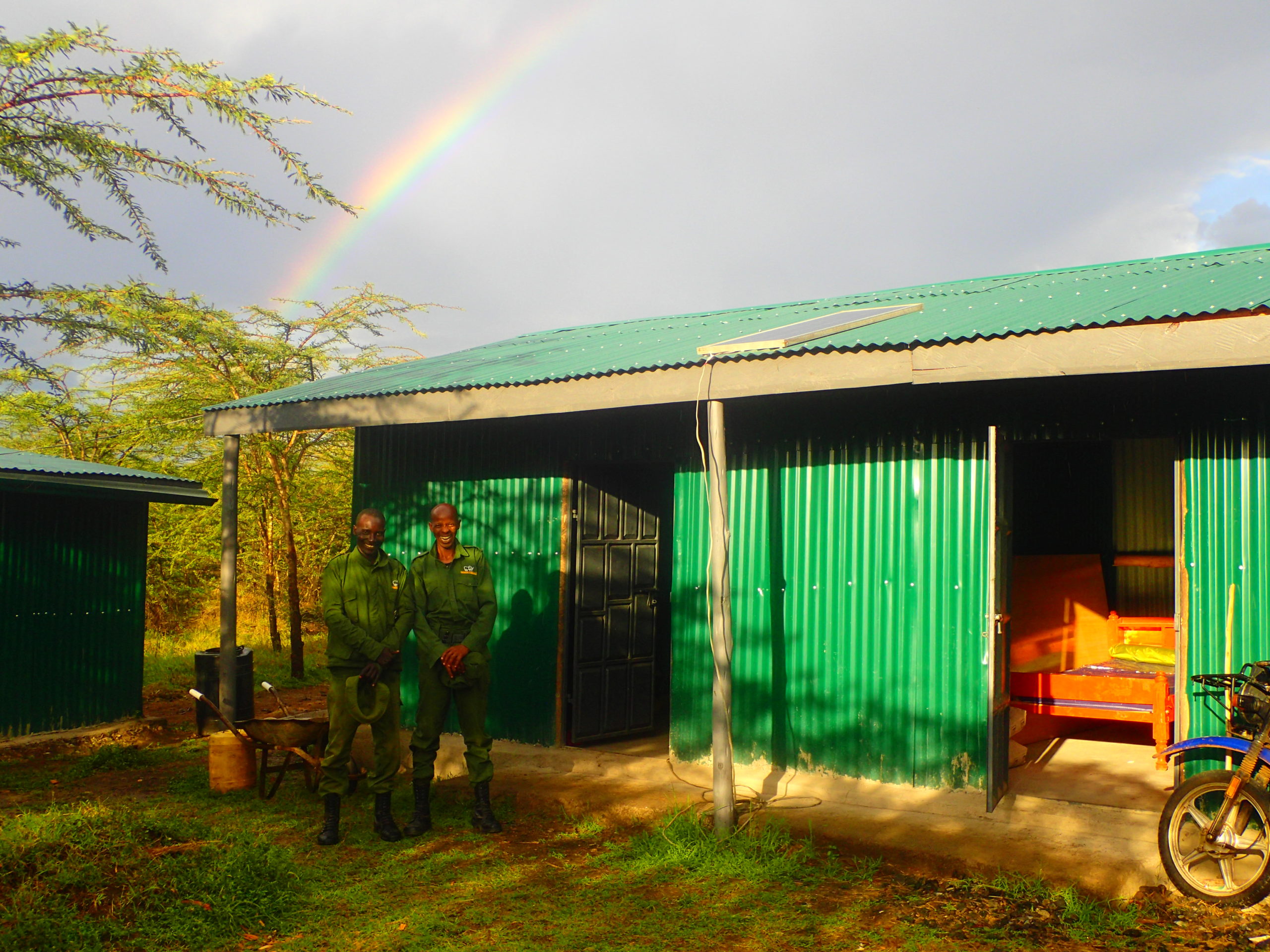 The new camp allows Enonkishu rangers to continue in their work of patrolling the area, reporting on any suspicious activities, alerting visitors of charismatic species, and monitoring the wildlife that moved into their old camp. It is not often you hear about wildlife kicking out people, as the reverse is more often the case. However, Wild Philanthropy allowed Enonkishu conservancy to relocate our rangers to accommodate the wildlife while continuing in our efforts to protect the wildlife and habitat. Thanks to Wild Philanthropy for recognising that initiative and providing the necessary funding to adjust to the new normal of a conservancy jam-packed with wildlife.

Please do get in touch if you’d like to learn more about Enonkishu, Wild Philanthropy, or any of our work in Africa. In the meantime, see the Africa House Group impact report for details of our work across the board.