I was fortunate enough to catch up with Dereck Joubert earlier this year. We had already met at We Are Africa, when Angela and I attended a Great Plains Conservation dinner. As previously shared, I thought one of the highlights of the event was hearing about the Rhinos Without Borders project. Not enough time to properly quiz Joubert on it at the time, I was keen to follow up. As you can imagine, he was a fount of knowledge, modest, savvy, not in the least interested in toeing any party line, and super generous with his time, so much so that I’ll be sharing his thoughts across several blogs. Today, it’s all about Great Plains and the model behind its success. Let’s jump in.

Dereck and Beverley Joubert have spent the last 30-odd years working in wildlife conservation in Africa, their mission as filmmakers, writers and explorers to better understand the needs of large predators and other key species, and so use this knowledge to inform conservation practices going forward. Together, they are conservation royalty, though you wouldn’t know it to meet them, and they certainly wouldn’t describe themselves as such. Ian Khama, the last president of Botswana, famously described their work as a ‘lifelong passion; for each other, for big cats, for Africa.’

One of the vehicles for this passion is Great Plains. It’s much lauded by colleagues at Journeys by Design – and by the world of African eco-travel in general. Their lodges are a cut above, the level of organisation second to none, its conservation credentials something else. However, it’s easy to forget in among all this that its purpose is not eco-travel per se. Rather, it uses travel as a means to achieve its conservation mission: the buying up of land in the interest of maintaining and growing migratory corridors crucial to wildlife and their habitats.

It’s an ambition born, says Joubert, of a piece of research in which Duke University students were commissioned to map the changes in distribution of big cats in Africa over a 15-year time block, and (using the information) to predict their distribution over the next 15 years. This map was overlaid by a similar one, this time of human populations. The health of big cats a crucial indicator of the health of a given wilderness in general, the results of the analysis indicated the significance of linkages – migratory corridors – between different wildernesses, and identified at-risk tracts of land.

Thus was born Great Plains Conservation. The research provided the Joubert’s with a hotlist of areas crucial to big cat migration, areas in need of protection. Buying up the leases on the land – reclaiming it in a way that ‘benefits the local people’ and wildlife, and maintaining it once done – would require serious money. In this respect, says Joubert, the best way forward was raising funds through what he calls a ‘conservation tourism’ model. Briefly, a given tract of land is assessed for what it would cost to protect and maintain, and for the minimum number of beds it would take to cover costs. Assuming 65% occupancy, Great Plains works out the cost per bed. None of the shareholders draw dividends, and profits are recycled into three silos: community, conservation, and further land acquisition.

Talking to Joubert, it’s clear that none of this has been easy, particularly in the beginning. Within three years, the company was millions of dollars in debt. However, 12 years on, Great Plains protects a million acres and is worth, says Joubert, between ‘$60 and 70 million’. Crucially, whatever the success of conservation tourism as fundraiser, the model is always about the corridor, and will therefore continue to evolve. Joubert predicts that in 10 years time, Great Plains’s travel portfolio will make up just 10% of its business. ‘Livestock conservation,’ he says, ‘is the next big thing.’ Watch this big space. 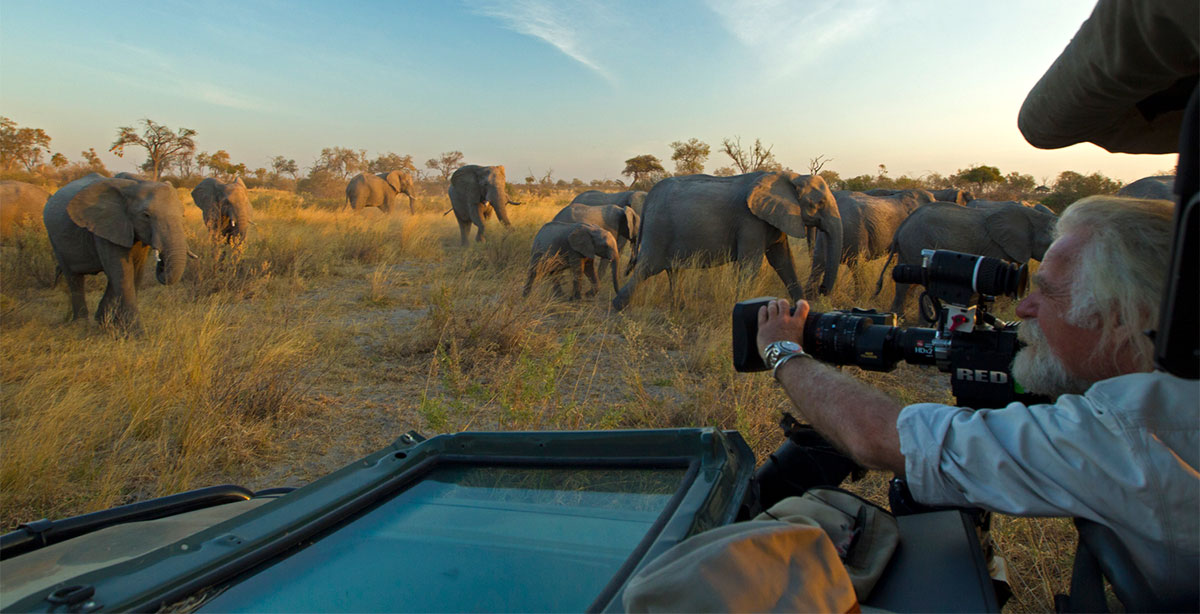 Both pictures were taken from www.wildlifefilms.co