Set in Northern Kenya and home to Sarara Lodge and Reteti Elephant Sanctuary, Namunyak is part of the Northern Rangelands Trust group. It was established as a conservancy trust in 1995 in response to high levels of poaching in which over 30,000 rhinos and elephants had been killed in the 18 years previous. As shared in previous posts, earlier this year it also served as an important anchor destination for Wild Philanthropy’s first conservation journey, an education for all who took part in the trip.

I am delighted to say that part of the trip involved learning about the meaning of the Samburu’s singing wells. I’d read about the practice, and spoken to others who had seen it, but never witnessed it for myself. Briefly, it involves digging so-called singing wells in dry river beds, and has long been Samburu tradition,  who depend on the immediate environment to graze and water their livestock. Each family has their own well, which is dug out via family members forming human chains. Once done, they sing songs unique to their family, and which their animals recognise from among all the other songs, and so make their way to the readied well.

Clearly, this a dry season practice, when standing water has all but evaporated. It is also, I soon discovered, one of ways the Samburu’s livestock have survived the last two years of drought.  Indeed, when we arrived in Namunyak a few days before we were dutifully told by our drivers that it hadn’t rained in Namunyak for two years. During the drive to witness the wells being dug, the effects of the drought were everywhere: a rake thin kudu struggling along the dusty bank away from us, a fly-ridden warthog carcass, the victim of starvation, and to our right something that looked like a bit of spread out leather, but which on closer inspection was a dik dik so desiccated that its bones and skin had flattened into the ground.

As we got nearer, we began spotting goats, cattle and camels, at first individually running through the bush and eventually scores, dozens, even hundreds of animals. We arrived to a strange and beautiful-sounding chorus of chanting, which was apparently doing its job of splitting the herds into their separate families. The depth of each of the wells when we were invited to look in were as impressive as they were devastating. Almost three people deep before they hit the water table, it became blindingly apparent, if it hadn’t already, where the effects of climate change were hitting hardest.

I can’t offer anything by way of a photograph of what I experienced at the wells that day. As I think I mentioned in a piece I wrote up for JbD, and as Robert Lamaiyan, our Samburu guide, and expert in everything conservation, explained: ‘Some Samburu believe that taking photos of them will take part of their soul. If something bad happens in one of the villages and you have taken a photo, they may blame it on you.’

However, I remember being deeply affected by depth of the wells, the effort required to get at the water, the ingenuity of of the Samburu, and this from Robert: ‘It’s very common to get baby elephants who have tried to drink out of the well and fallen in face down and suffocated.’ I’m embarrassed to say that all I could think about was the cool glass of water I’d be presented with back at base camp. I would go for a cold shower, a dip in the pool, a casual nap on the veranda, and maybe a glass of wine. Meanwhile wells would be dug and the people, livestock and wildlife of Namunyak would continue to live out their reality.

Sarara Lodge is an example of a community enterprise where revenue from tourism has enabled revenue streams to be channelled through to the local community who run and are employed by the lodge. To hear more about Wild Philanthropy’s conservation journeys or if you would like to become a donor of Wild Philanthropy, please get in touch with us to begin the conversation. 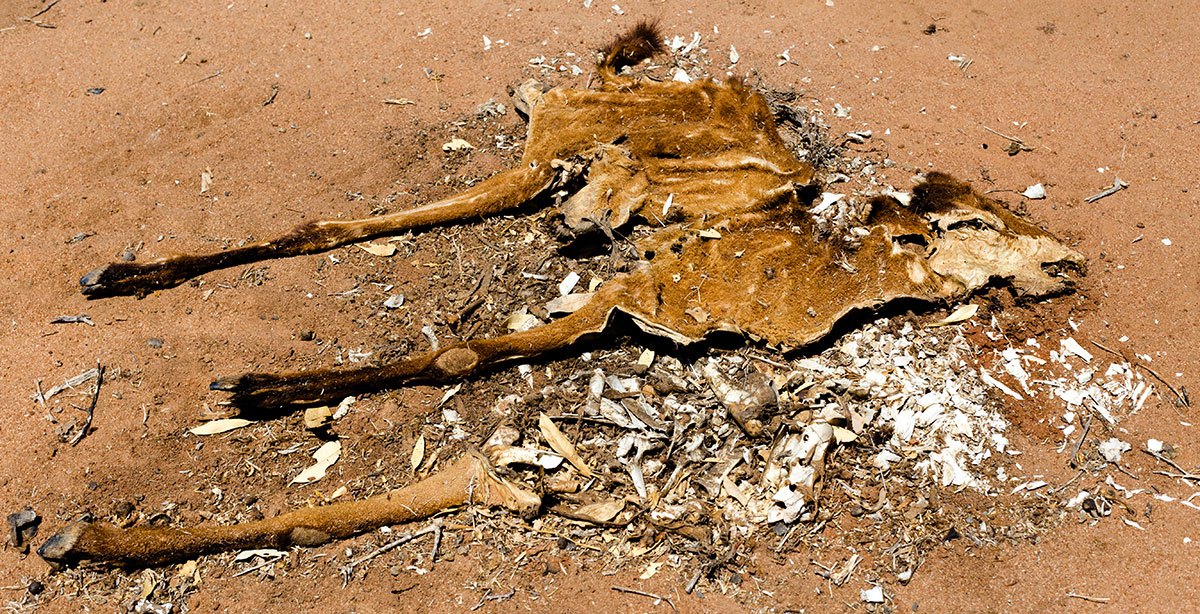