As well as offering bespoke private safaris to anywhere in Southern and Eastern Africa, Wild Philanthropy also organises set departure trips, which are less like a holiday and more like a chance to tap deeper – as deep as one could go – into the ecology, conservation goals, community issues and the challenges of an area. 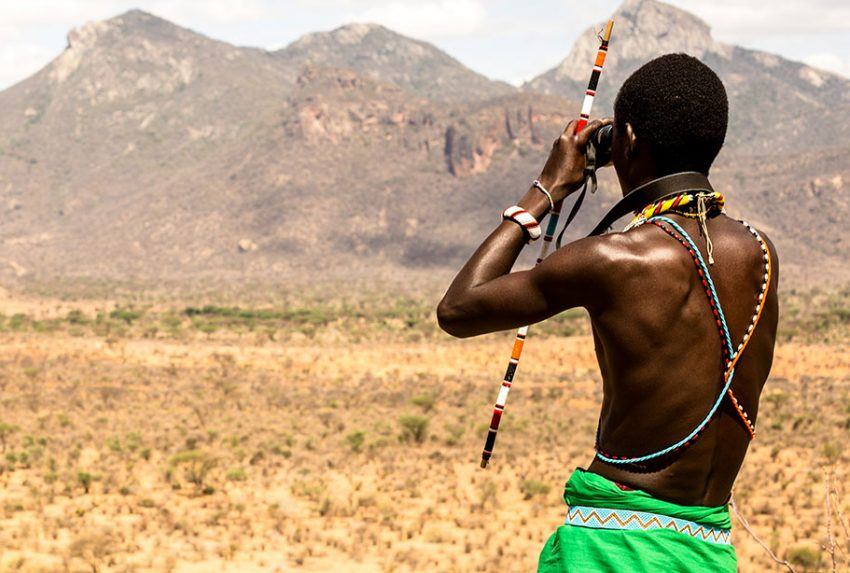 Last month Wild Philanthropy hosted a trip to Northern Kenya to meet with key stakeholders of various conservancies either privately run, community run or government run and I was lucky enough to be invited as photographer, writer, film-maker.

First stop was Namunyak, a community run conservancy in the north, surrounded by the Matthews Mountains. The local tribe are the Samburu, who say they are one of the lost tribes of Israel and God’s chosen people. Judaic law and culture still has a glimpse of a remnant within Samburu life, for example it was interesting to note how many stories they tell about birds and creatures that are based on this or that old testament story.

‘The burning bush is named as such’, Robert Lemaiyan, our Samburu guide tells us, ‘because it’s probably the species of bush that Moses happened upon that was on fire but didn’t burn up.’ He went on to explain the scientific qualities that mean while the inside of the bush burns, the outside remains unscathed. ‘These bushes can regenerate after burning for a long time. I have seen this myself.’

When elephants and black rhino roamed in abundance Namunyak used to be a predominantly open grassland – a little like the Maasai Mara is today, which interestingly enough used to be mainly forest, but that’s another story. In the 80s during the beginning of the Somali civil war, many Somali migrants inhabited the area and along with the Samburu at the time, who, by their own admission hadn’t given conservation a second thought, killed off the population of black rhino and many of the elephants in the area, who were seen as a nuisance and fair game for bush meat.

Because black rhino and elephants use trees to scratch and if a tree isn’t to their liking knocking it over is akin to flicking an annoying fly, more rhino and elephants means less trees. Conversely, when the elephant population dwindled and black rhinos were wiped out entirely, the trees in the area began to take root and thrive, hence Namunyak is made up of scrub these days.

Going back a little, in the early 90s, the community began to see that tourism was bringing income to the area. In fact, upon realising that Sarara – a community-run camp in the conservancy, which is poignantly built on the site of an elephant massacre in 1989 – brought in more money and jobs for the community than illegal bush meat and the likes ever could, their perceptions of wildlife began changing.

I have to be honest – this is a simplified version. It took many years to get the tribal elders on board for something that defined the very essence of change, but here we are twenty something years later with the wildlife and community on side. Unfortunately the last rhino died in 1990, five years before the Namunyak Wildlife Conservation Trust was set up, but the elephants are making a come back in a big way, to the point where the locals are trialling methods to conserve the trees like wrapping them in barbed wire. There are now over 4,000 in the area and as a result, other animals are beginning to trust the area again and return. 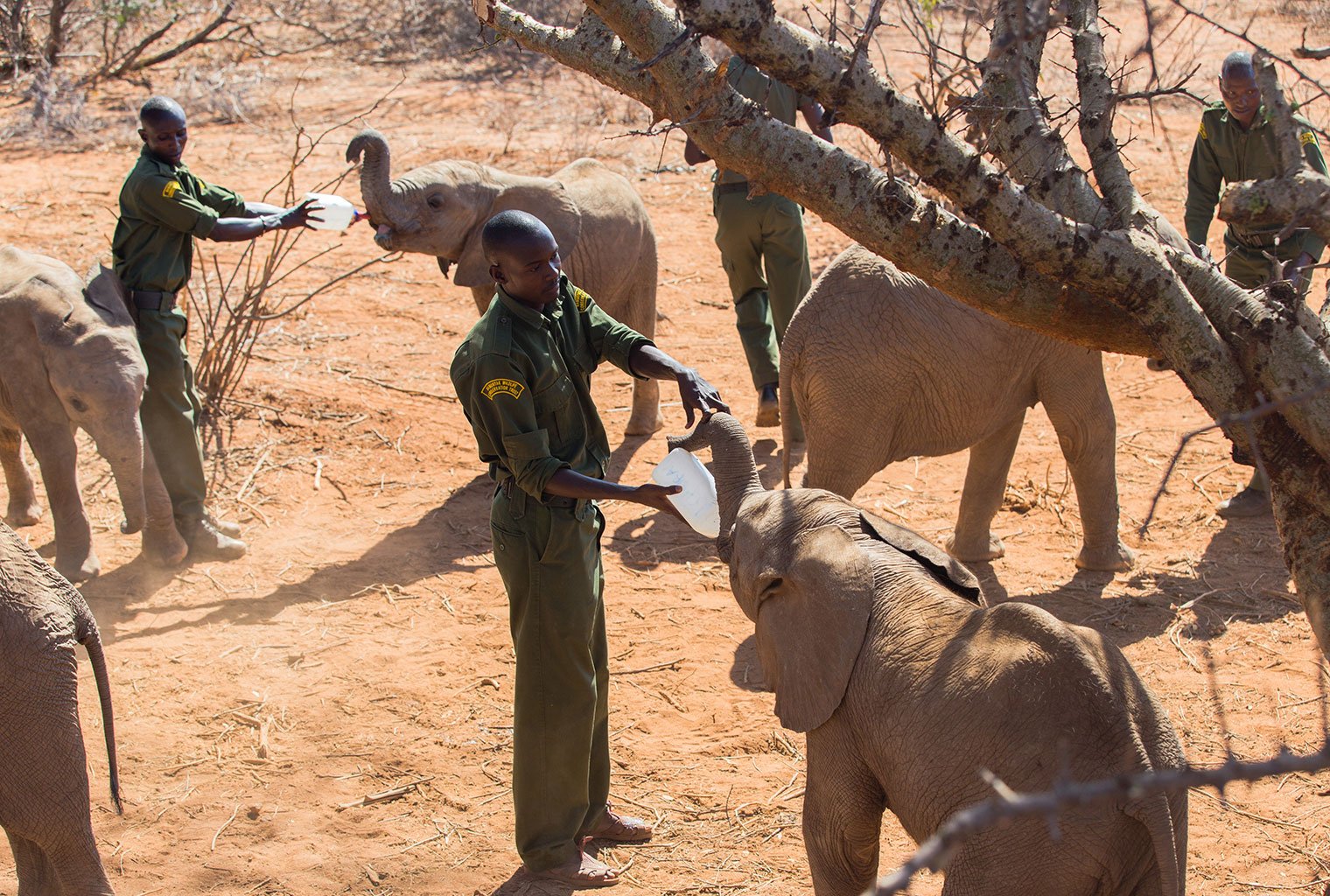