I’ve been meaning to introduce you to a tie up with the wildlife artist and conservationist Martin Aveling and his venture Drawed Ape Philanthropy IRL, which seeks to raise funds ‘by drawing apes with pencil tools to help wildlife and people in the real world’. That’s the easy bit, though the close reader will have already noted Aveling’s use of the word ‘real’ to differentiate between the worlds – virtual and real – we will be talking about here.

Before breaking Drawed Ape down into hopefully easily absorbed chunks, a quick introductory note about Aveling himself. My connection with Mart – his name and the name of his artistic alter ego – began many years ago when I worked with his mother Ros Aveling at Fauna & Flora International. Ros recruited me, served as my mentor, and as shared elsewhere helped me navigate the various opportunities that arose at FFI while teaching me a different way to look at conservation. A brilliant woman, her equally brilliant son has followed in her footsteps, though as a wildlife artivist, by which he means using art to illustrate and change for the better a world in which many species – iconic or otherwise – are endangered or under threat of extinction. As you will see for yourself, his work is technically excellent, always emotive, and can be enormously hard hitting. 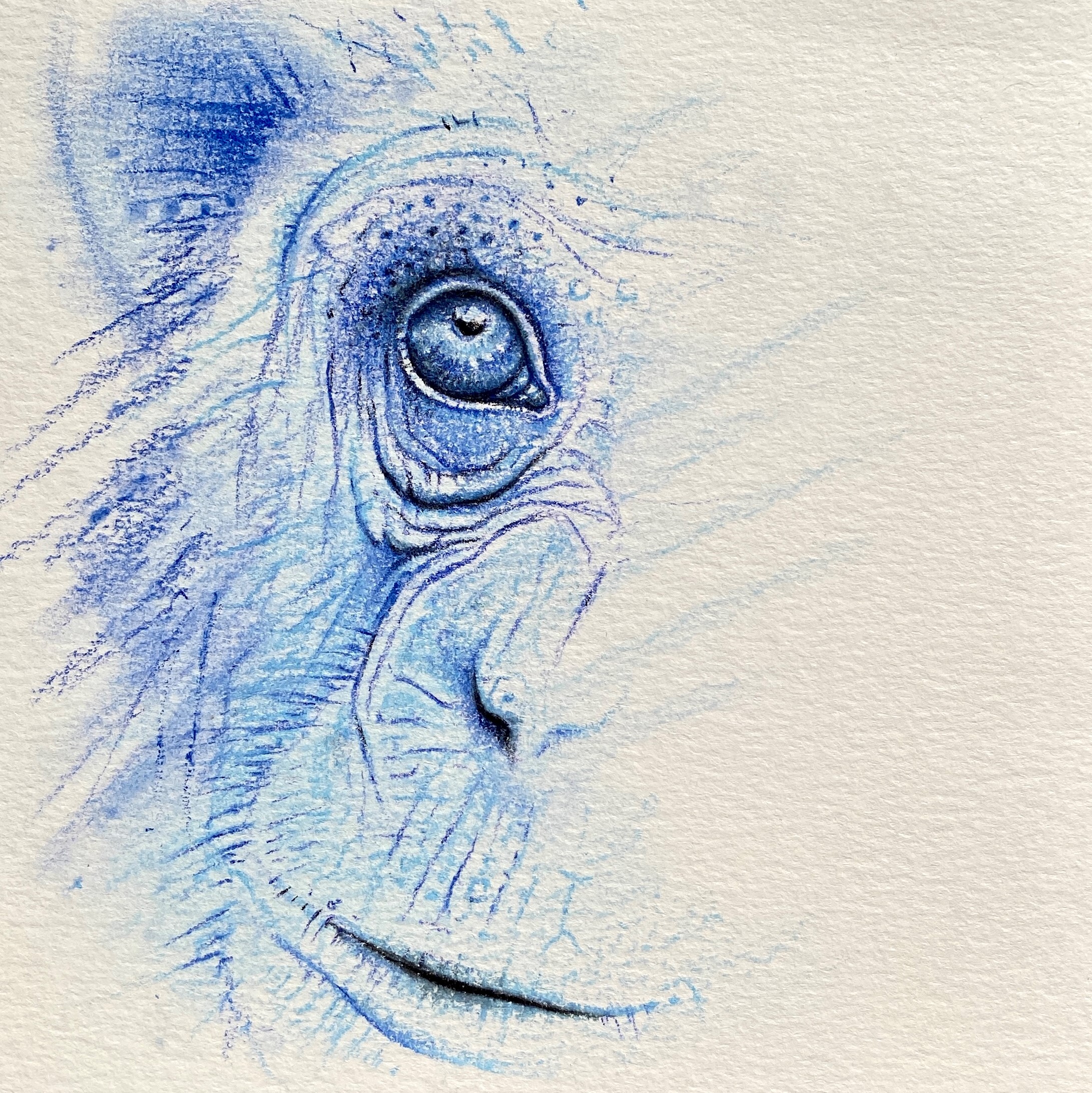 Drawed Ape Philanthropy IRL is a non-fungible token (NFT) collection of ape drawings by Aveling that can be owned and traded on the internet. A quick summary of the space: 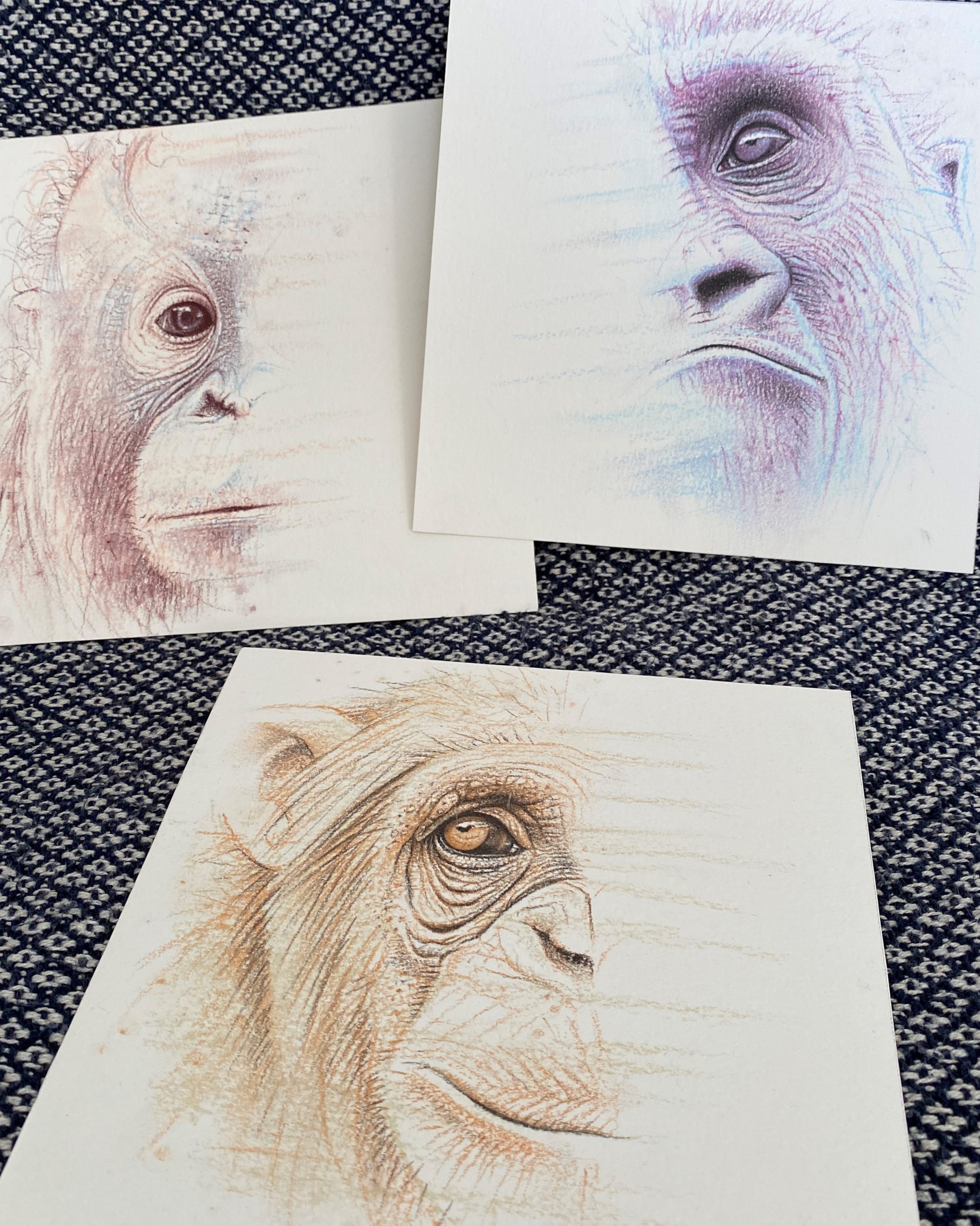 There’s a burgeoning crypto art market, with works being sold for eyewatering sums, most obviously Mike ‘Beeple’ Winkelman’s EVERYDAYS: THE FIRST 5000 DAYS, which was auctioned at Christies for just under $70 million.  More generally, art is used as a way of defining and branding tokens, and some use representations of wildlife in their designs, the unfeasibly successful Bored Ape Yacht Club collection being a most obvious example. However, as Aveling points out, the connection between the industry and conservation ‘is hazy at best’. That said, Bored Ape’s recently released ApeCoin allocates just over six percent of its holding company’s worth to the Jane Goodall Legacy Foundation. The same close reader will no doubt have noted that our own Drawed Ape venture is a play on Bored Ape’s own name.

Working with Wild Philanthropy, Aveling’s Drawed Ape Philanthropy IRL ‘aims to support,’ as he says, ‘African wildlife and the people living closest to it by investing 50% from any NFTs sales into effective conservation programmes’. Drawn by Aveling, the collection ‘consists of limited number of drawings, each using just three colours’. Every face is half drawn, referencing specie vulnerability, and rarity is ‘determined by how often specific colours are repeated in the collection, the type of ape featured, and which eye is depicted’. The design and branding of Drawed Ape tokens or cards will be by none other than Dave Scott, whose clients include Google, Apple and Netflix. Owners of tokens have a say in what causes ought to be supported.

The Drawed Ape community has already begun, in March of this year, with a proof of concept five-token Angel Drop for Ukraine. Aiming at raising £3,ooo, four tokens were sold almost straight away. This will be followed up with a first wildlife-focused drop, Drop 1 for conservation and community development work in Africa. 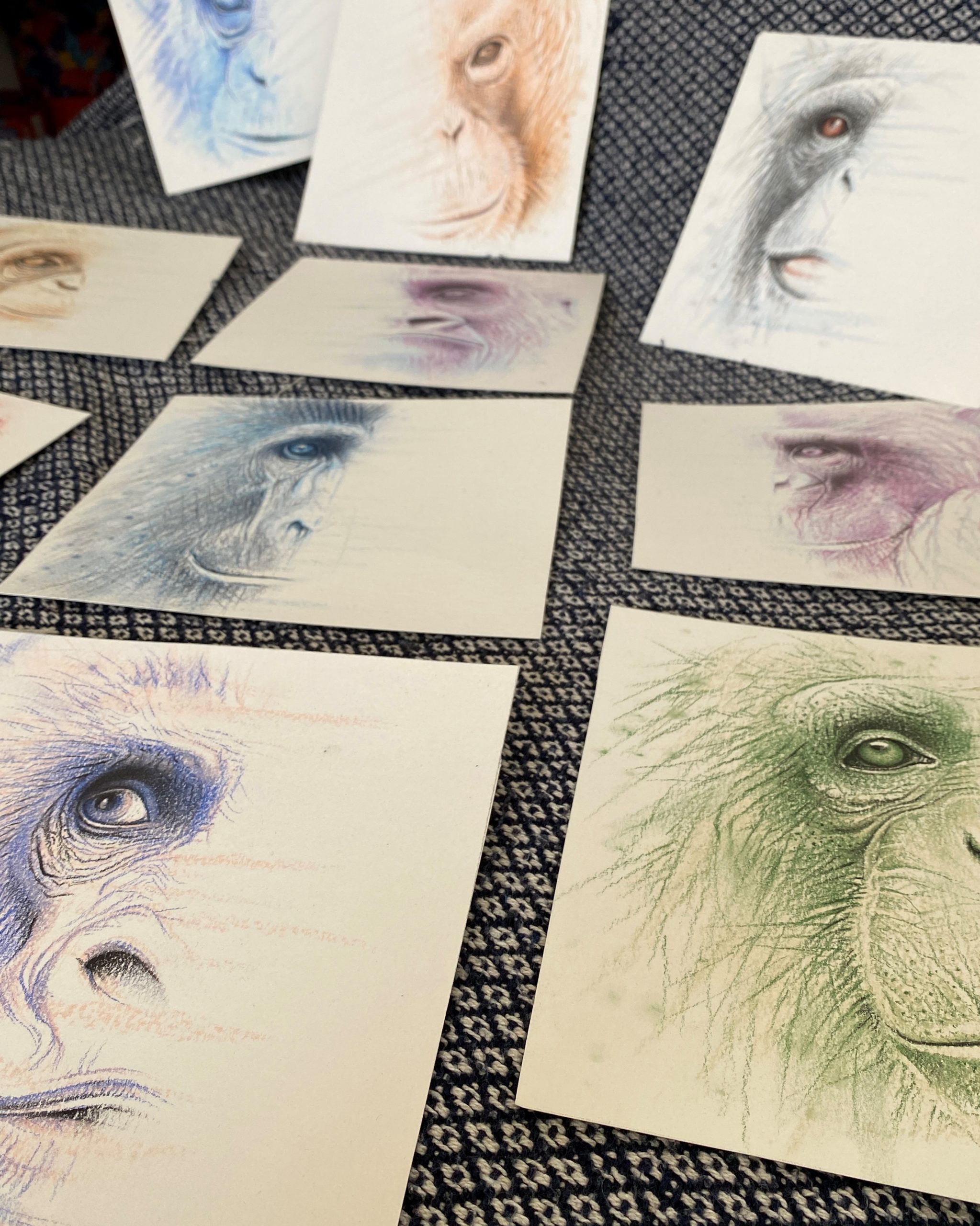 One final point before leaving you to mull this over. Early NFT adopters have generally not included the climate-aware, owing to the extraordinary amount of energy used by blockchain technology. That, however, is changing with the future launch of ETH 2.0, which reduces consumption from whole country to small town levels. We’ll be using ETH 2.0.

I know you will have a lot of questions, not least about NFTs themselves. Please do get in touch with either Martin or myself. This is as new a space for me as it is, I imagine, for many of you, and hence quite difficult get one’s head round. It’s also, however, an enormously exciting one, especially now that some of the providers are getting a handle on energy use. I look forward to hearing from you.